Five Facts on Women in the Workforce

Childcare is a key item of discussion in Washington lately, and many policymakers are wondering how the availability of it may be impacting women’s workforce participation. 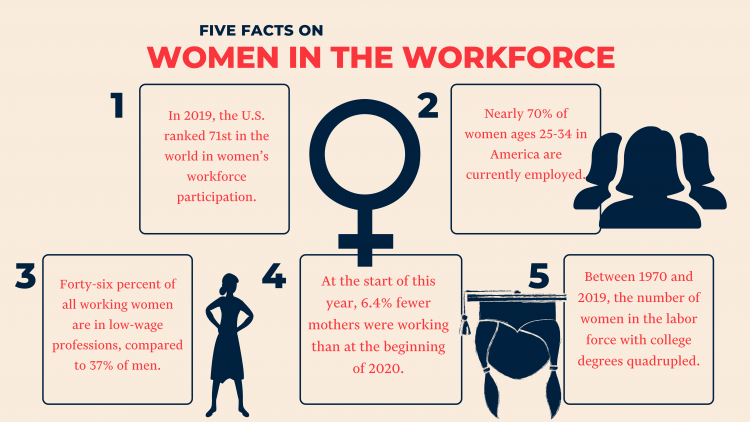 Here are five facts on women in the workforce in America:

According to the Brookings Institution, women earned a median of $10.93 per hour in 2018. More than half of Black women (54%) and nearly two-thirds of Latinas (64%) are in such low-wage fields.

Five Facts on New US Military Aid to Ukraine